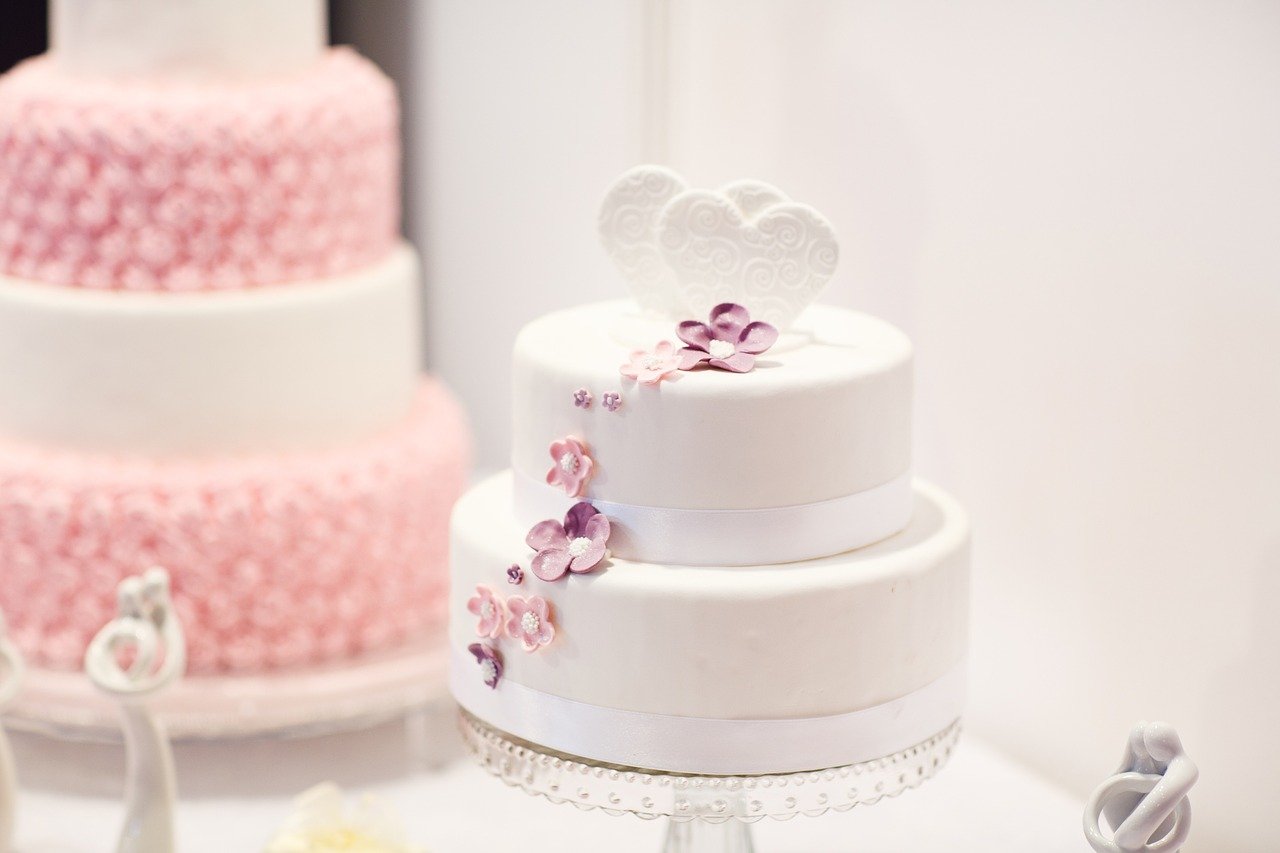 The wedding cake is something to which we have all become accustomed. If you see a wedding cake you instantly know what it is, even without the little decorative people figurines adorning the top. For something be this recognizable it has had to have been around a very long time. In this article we will go back to the beginning of wedding cakes and explore how they came to be.

Like we said, they had to have been around a long time, right?  But how long? Did the custom start around the American Civil War? Or perhaps the French Renaissance? Nope. You’ll have to go back way further than that. Ancient Rome is the birthplace of the modern wedding cake.

It actually started when Romans would break a piece of a barley or scone-like wheat cake over the brides head for luck and fertility (I’m not joking). As the Roman Empire expanded they brought with them their customs. In Roman occupied England, somewhere around 40-50 AD, the people took the tradition one step further and began throwing the pieces of the cake at the bride and groom.

Flash forward to medieval times and the English started stacking baked buns to make wedding cakes. They would see how how high they could stack the buns without it falling over. It was basically a food version of Jenga. This was the beginning of the multi-level wedding cakes you see today.

From the early 1600’s until the early 1700’s there were “bridal pies”. These were various fruit pies that were brought by guests to share with all. These were used along with the stacked buns mentioned earlier.

As refined sugar become more widely available, people began to make sweeter desserts and sugar icing was invented. It wasn’t long before modern cakes with icing were created. That brings us full circle to today’s wedding cakes which are usually multi-layered and covered in white frosting.

A good wedding is not complete without a terrific looking multi-leveled white cake. The little figurines adorning the top was a relatively newer invention, appearing in the last hundred years or so.

What To Look for When Hiring a Caterer

Most Popular Places to Get Married for Americans

Hiring a Caterer for Your Corporate Event

Wedding Season Expecting to Return to Normal in 2021

Weddings and Events During Corona Virus

Florida Weddings in December and January

Locations to Get Married in Brevard County FL

Best Time of Year for Work or Office Cookout

The Perfect Time of Year to do and Outdoor Eevent

Understanding On and Off-Site Options for Your Catered Event

Why Catering Costs Differ So Greatly

Opportunities to Leave the Food to the Caterer

Knowing You Found the Right Caterer

Benefits of Hiring a Caterer